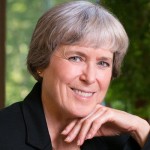 I’m happy to have made friends with such capable and inspiring people on the other side of the Atlantic Ocean, Ellen Moyer says. Her articles in the Huffington Post about groups of elders taking climate action have been read by many of us. She was interested to know more about what elders are doing because elders are the fastest growing segment of the population. – I am particularly impressed with the Norwegian Grandparents Campaign, both as a group working on climate change, and as elders working with youngers. I like that you work with children as equals, rather than viewing youngers as people who know less than elders.

Personal experiences
Ellen Moyer is a writer, speaker, engineer, and environmental activist whose mission is to help restore the environment and promote a better way for us to inhabit the Earth. Her love of nature, and desire to protect nature started a long time ago, she tells. – When I was a young child, my family lived next to a beautiful river. People would shoot the wildlife and dump things next to or in the river – stoves, refrigerators, trash – anything they no longer wanted. I rode my pony almost every day on lovely land nearby that later was turned into a waste dump.

– I have been working for environmental consulting firms for 30 years cleaning up contaminated soil and groundwater and preventing new messes. About ten years ago, when a company proposed to build a large power plant near me that would burn trees to make electricity, I studied the disastrous climate and other impacts and became a vocal opponent of this and similar projects. During this long battle, I realized we had lost our minds and hearts along with our sense of connection with nature.

Elders creating change
– I think we must, and can, change our way of life to one that is healthy, humane, and sustainable.  I personally know several elders who are taking action on climate change and other environmental problems. Elders enjoy relatively abundant resources (money, free time, and experience), and they have a long view after living through decades of history and environmental change, such as in the local weather. They also have an experience of creating change – back to the 1960s in the United States fighting for the environment, civil rights, and peace.

From the reportage «Elders Take Action on Climate Change», Huffington Post (May 21, 2015)

– The people I communicated with at NGCC in researching for my articles were kind and helpful, giving  me all the information I asked for, despite my foreign language. They seem to genuinely enjoy what they are doing. I admire NGCC’s protesting outside Parliament month after month in all kinds of weather, staying strong and cheerful. And I’m impressed with their efforts to collaborate with other pressure groups – for example, organizing the train tour from Oslo to Paris this December, for elders and youngers together. 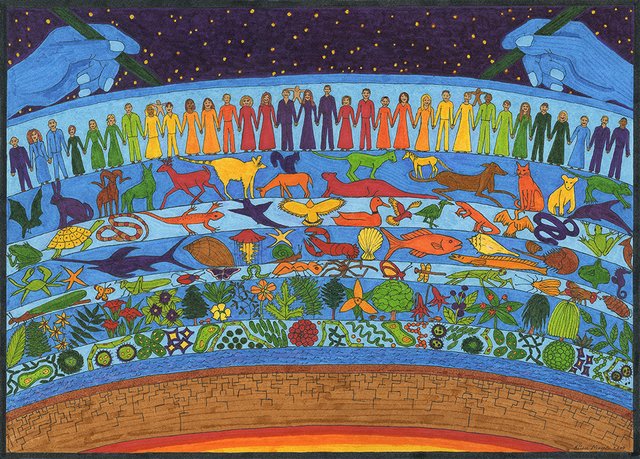 GRAPHIC BY ELLEN MOYER. Outside of work, Moyer is an artist who has exhibited and sold paintings, photographs, and fabric designs. She is also an enthusiastic gardener.