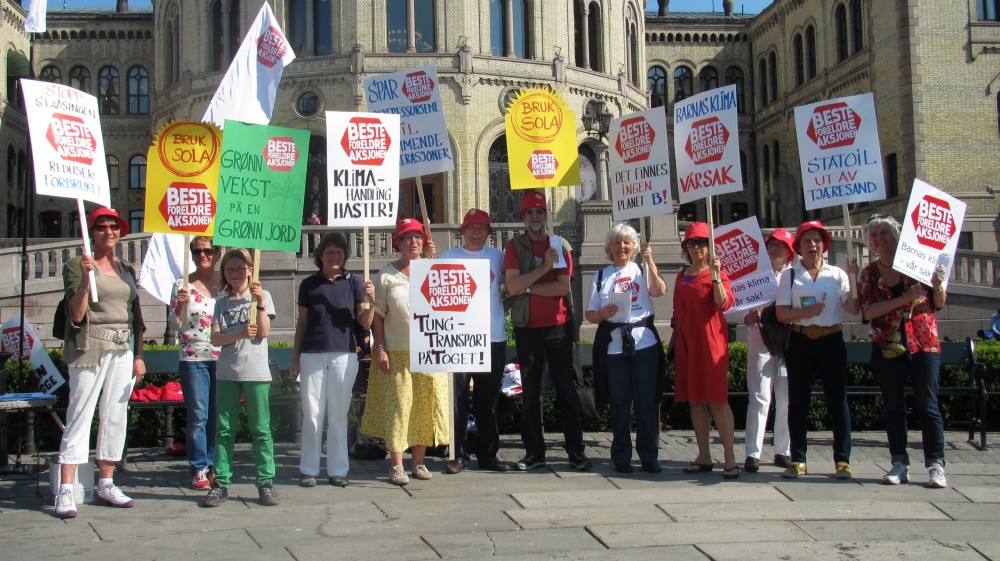 Grandparent activists demonstrating in front of the Parliament building in Oslo.

We owe all children a planet Earth as wonderful as the one we have enjoyed!

The Norwegian Grandparents Climate Campaign, GCC, was formed in 2006 by a group of concerned elders, many of whom formerly held influential positions in Norwegian society. The initiative came from Halfdan Wiik, librarian and environmental activist living on the island of Stord south of Bergen.

Today GCC has well over 6500 members (September 2022), with regional groups across Norway and run by a Members’ steering-committee. GCC has proved a significant voice in the public debate on the state of Norway’s climate policy at home and abroad. GCC is also well known for it’s street demonstrations and their red bucket hats – drawing attention, signalizing urgency and concern!

Big issues facing Norway in 2022 are:

GCC has adopted Article 112 of the Norwegian Constitution as the guiding principle for climate action and climate justice. It guarantees: “Every person has the right to an environment that is conducive to health and to a natural environment whose productivity and diversity are maintained. Natural resources shall be managed on the basis of comprehensive long-term considerations which will safeguard this right for future generations as well.” 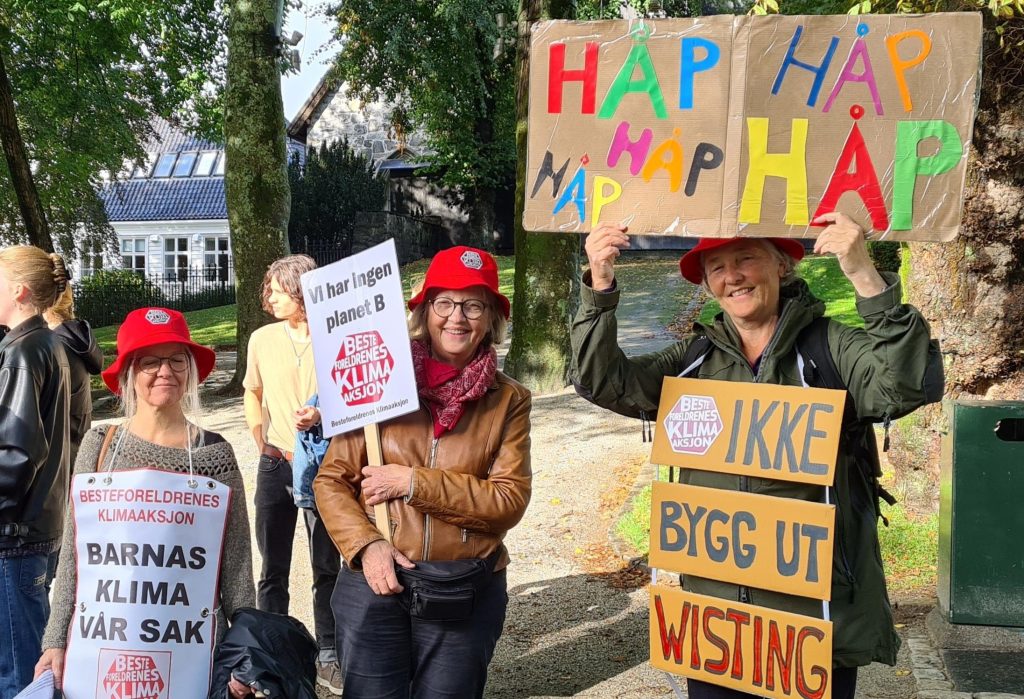