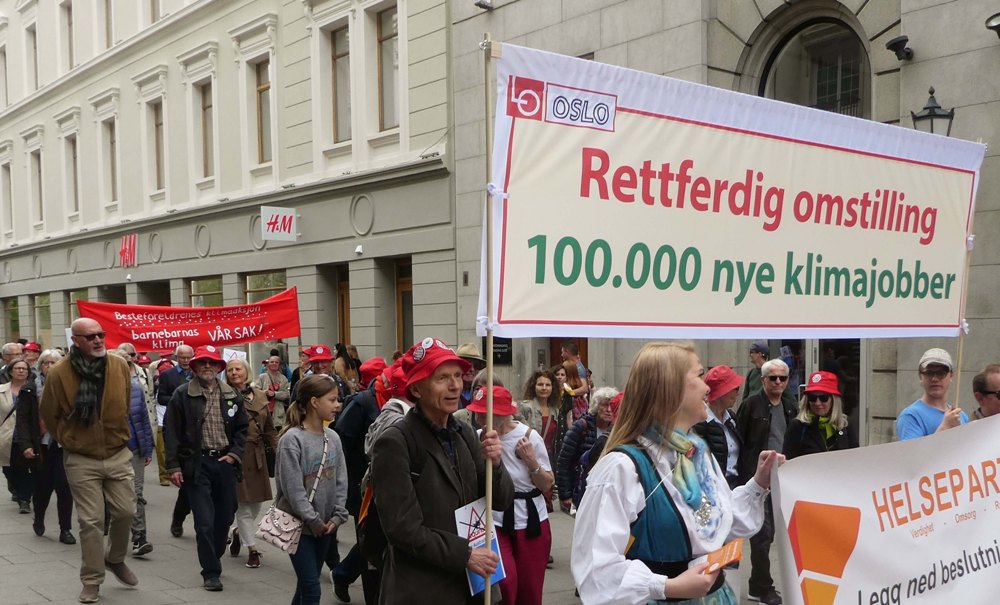 In Norway, Grandparents Climate Campaign (GCC) collaborates with a wide range of like-minded partners, such as environmental, youth and church organizations, and trade unions. Jointly we take action, voice opinions and create public debate, all with the aim of encouraging ever more voters to urge Norwegian politicians to implement the kind of science-based policies that our common Earth desperately needs.

“Yours, mine and Nature’s law”
In an effort to make the Eco-Article of or Constitution more widely known, the Grandparents and their partner Eco-Agents (organization of Norwegian children) in 2014 produced the four-page pamphlet entitled “Yours, mine and Nature’s law”, funded by Unesco. It was presented to all members of Parliament, and distributed to pupils in schools and in public libraries across the country. 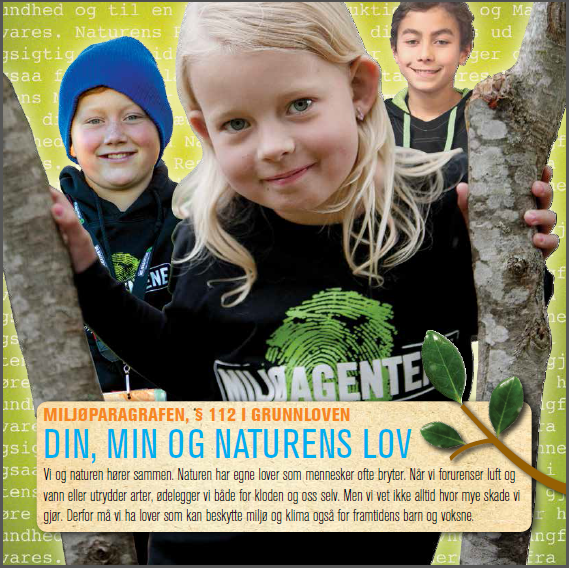 Our Arctic heritage and Climate lawsuit
Norway’s geographical position on the rim of the fragile Arctic gives us a particular responsibility for guarding and protecting the natural treasures of the Earth’s northern regions.

In 2017 Greenpeace Norway and Nature and Youth filed a lawsuit against the Norwegian government for allowing companies to drill for new oil in the melting Arctic. The lawsuit was actively supported by the Grandparents Climate Campaign. The trial did not succeed in Norwegian courts. But an appeal is at the moment (2022) being considered by the European Court of Human Rights.

Campaigning against Equinor
A major concern for Grandparents Climate Campaign is the 70 % state owned oil company Equinor, and its business of exploiting tar sands and shale oil and gas abroad. GCC have been campaigning together with Greenpeace and IWW, and year after year demands for a green transformation of the company are being made by GCCs shareholders at the Statoil General Assembly.

In the summer of 2018, we protested against Equinor plans for oil drilling in the fragile oceans off Australia’s coast. A «solidarity advertisement» to this effect was placed in local newspapers: 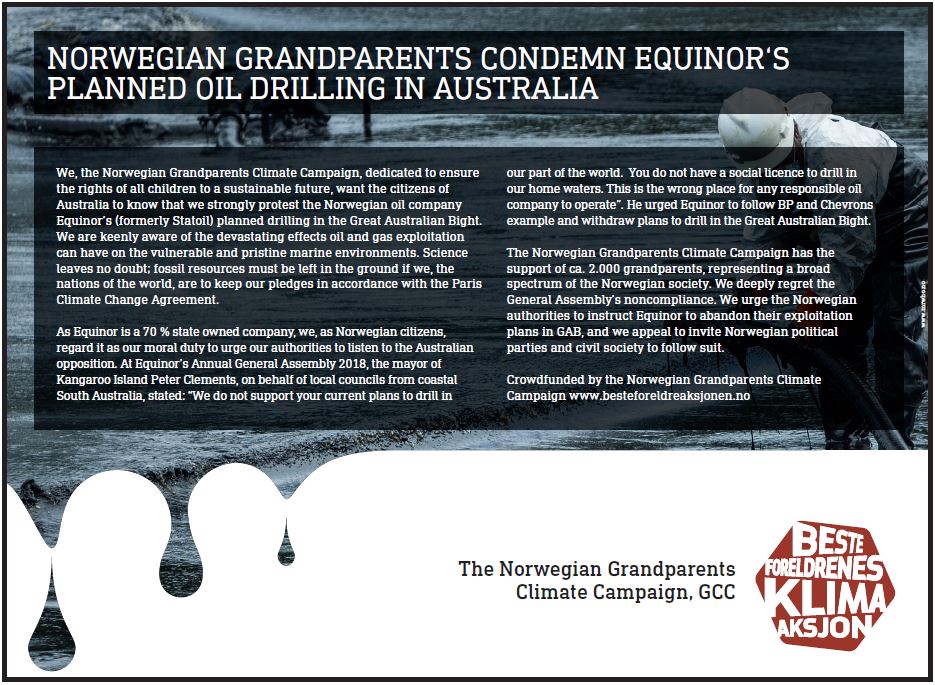