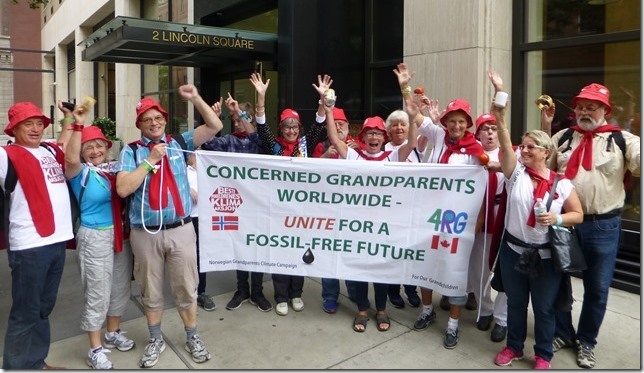 New York on September 21, 2014: Ready for the People’s Climate March. The March was given ample space in Norwegian media, and the national NRK television news reported: «This is no ordinary senior trip abroad, they are grandparents who want to change the world.»’

The Grandparent Climate Campaign thinks  elders of the world have a special obligation to taking climate action. In September 2014, a group from GCC and the Canadian sister organization For Our Grandchildren joined the outstanding 400,000 strong People’s Climate March in New York, carrying our joint banner. Our two organizations issued a statement to leaders of the world that also was published by UNFCCC in their Climate Change Newsroom: «Concerned Grandparents call for a new moral leadership, giving priority to the safety of all our grandchildren and their right to a sustainable planet. Putting their best interest at the top of national and international political agendas will demonstrate solidarity between generations.» 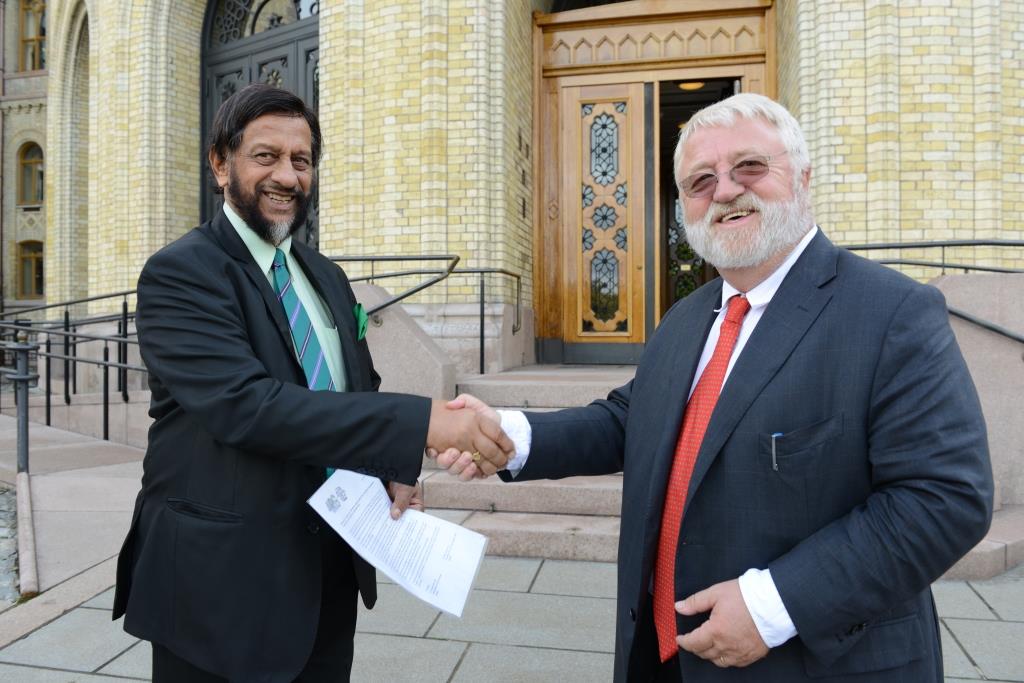 June 2014: Svein Tveitdal from the GCC steering group meets the then leader of IPCC in front of the Norwegian Pariament building, handling over the Statement of Concerned Grandparents.

Paris Desember 2015: A large group of Norwegian grandparents took part in the popular demonstration in connection with COP21. The Grandparents Climate Campaign organized a special “climate train” all the way from Oslo, inviting other activist to join. Amongst them was a group of ten children from Eco-Agents of Norway. Photo: Bjørn Karsrud / Avisa Valdres